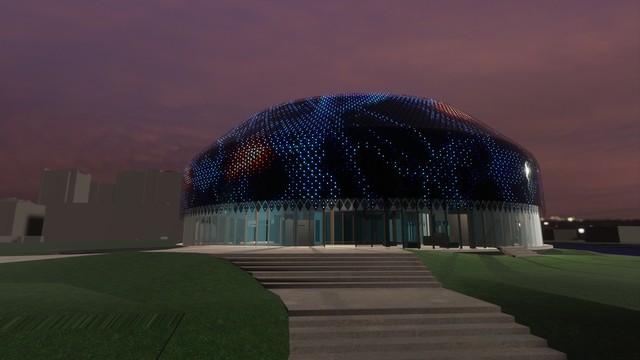 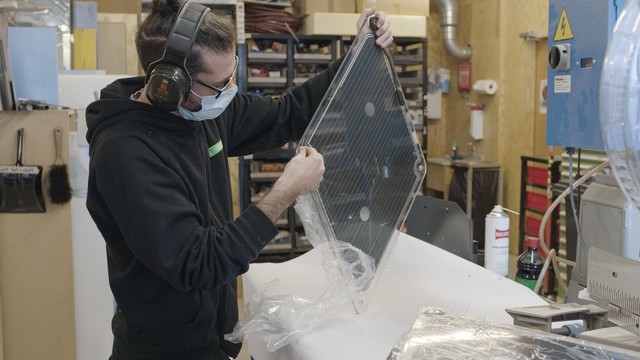 A media facade that generates its own electricity: The Novartis Pavillon features a network of translucent cells that are equipped with organic solar panels and LED elements. With subtle light shows created by renowned artists, the facade arouses curiosity and interest - and symbolically conveys the building's basic idea of promoting dialogue and openness.

To mark its 25th anniversary, Novartis is creating a public space on its campus in Basel, Switzerland. The Novartis Pavillon will be dedicated to shared learning, science, and the future of health care. The building's basic idea of promoting dialogue and openness is also reflected in its unique, zero-energy media facade. It consists of a network of more than 10,000 transparent cells equipped with organic solar panels and bi-directional LED modules. Using the electricity generated by the cells, the building is illuminated with direct and indirect light, depending on the time of day. With subtle light shows created by renowned artists on their interpretations of life sciences, the building communicates with the city, and arouses curiosity and interest. The Novartis Pavillon is currently under construction and is scheduled to open in the fourth quarter of 2021. Organic photovoltaics makes it possible to create media facades that meet both aesthetic and ecological requirements. Because organic solar cells are thin, flexible, semi-transparent and almost freely designable, they can be used to develop structures with a balanced or even positive energy consumption and a relatively small CO2 footprint.

Technical concept : At the Novartis Pavillon, a net-like membrane is attached to the sheet metal facade of the building. Rhombus-shaped organic solar cells are screwed into the mesh and the electricity they generate is used to illuminate the building. Of a total of about 10,000 cells, around 7000 face outward and are thus equipped with LED modules. The modules are bi-directional in the sense that there is one LED unit pointing away from the facade and one pointing onto the facade. During daytime, the facade uses the direct light emitted by the forward-facing LEDs, while at nighttime, it is illuminated by indirect light.

Visual concept : The media facade is capable to show low-res scrolling text and video content. To be able to use its full potential, bespoke content is created for the facade by artists, featuring artistic interpretations of life sciences.